A documentary by LLT Productions

Which day is the Christian Sabbath? Sunday? Or is it Saturday? Did Jesus authorize the change of the Sabbath from the seventh day of the week to the first day? Did His disciples do it?

In The Seventh Day, host Hal Holbrook takes viewers back across the centuries to uncover the history of the Sabbath. This five-part documentary video series traces the evidence of ancient records as found in the archives and libraries of international scholarship.

The story of the change of the Sabbath is enriched by the testimony of fifty historians and theologians from around the world. Together they provide a careful exposé of the epic battle over the biblical Sabbath.

The Seventh Day illuminates the heroic struggle for religious liberty, fought through long centuries of inquisition and repression. It offers a surprising look at history, raising new questions about the rhythm of life here in the 21st century – and beyond.

Selecting the links below will open a separate website for you to view them in. We are in no way affiliated with them, although we've found their website to be packed with great tools and information regarding the Sabbath. We are blessed to be able to share their site and this documentry with you. 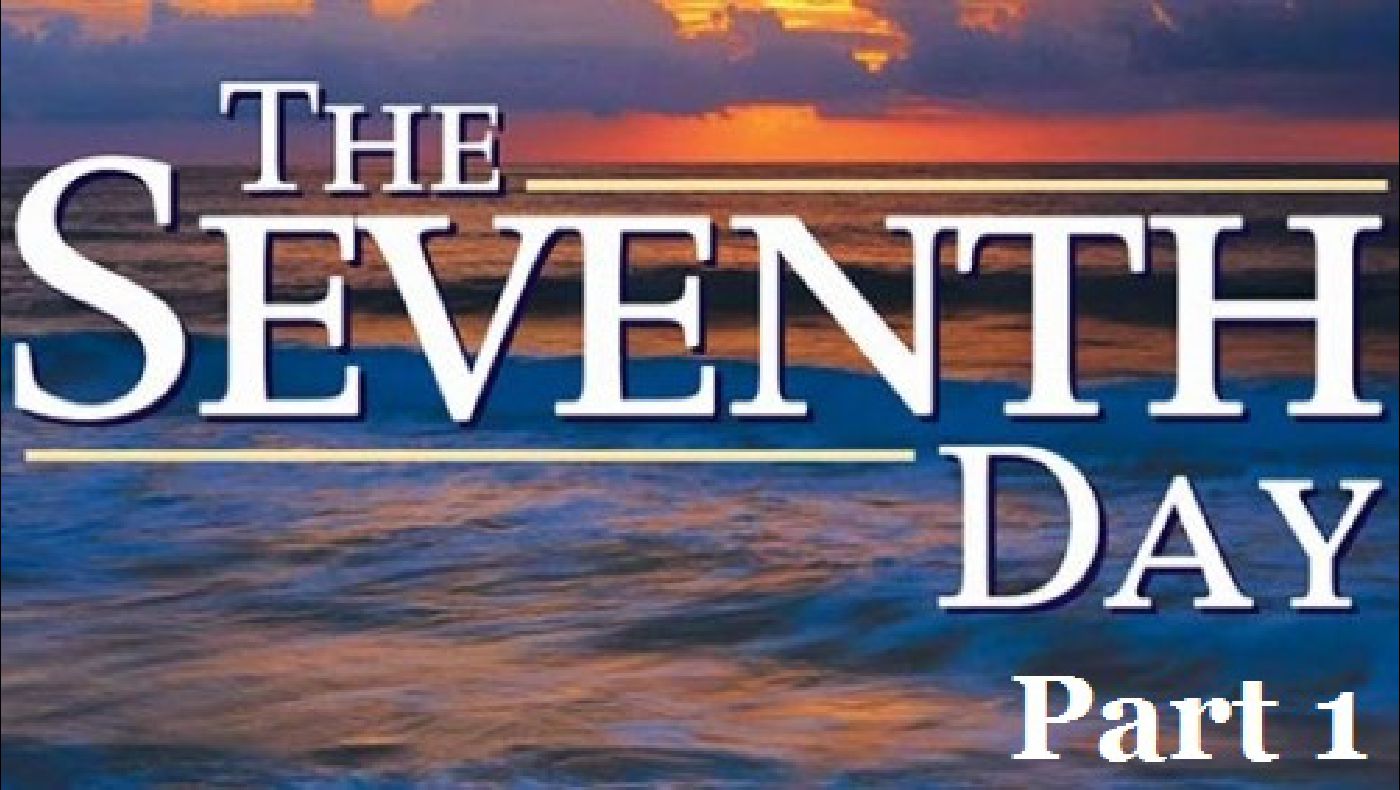 Part one is broken into 10 areas of focus:

1) Origins - Views of human beginnings from Babylonian and Aztec myths as well as from the Bible and the Koran.
2) The Evolution Explanation - Darwin's theory of evolution challenges traditional view of origins.
3) Beyond Chance - A case against blind chance as a logical explanation of human origins.
4) Intelligent Designer - The Bible's portrayal of Creation and the Creator.
5) The Architecture of Time - The week and the Sabbath in the structure of human life.
6) Point of Contact - The weekly Sabbath in man's relationship with God.
7) A Day for All Mankind - The universal and perpetual purpose for the weekly day of rest.
8) Unholy Sabbath - National disaster strikes the "chosen people" due, in part, to their neglect of the Sabbath.
9) Sabbath Around the World - Somehow the concept of Sabbath extended into the culture and language of many peoples.
10) Reform - Revival of Sabbath observance among the Jews who returned from exile results in heroism and tragedy. 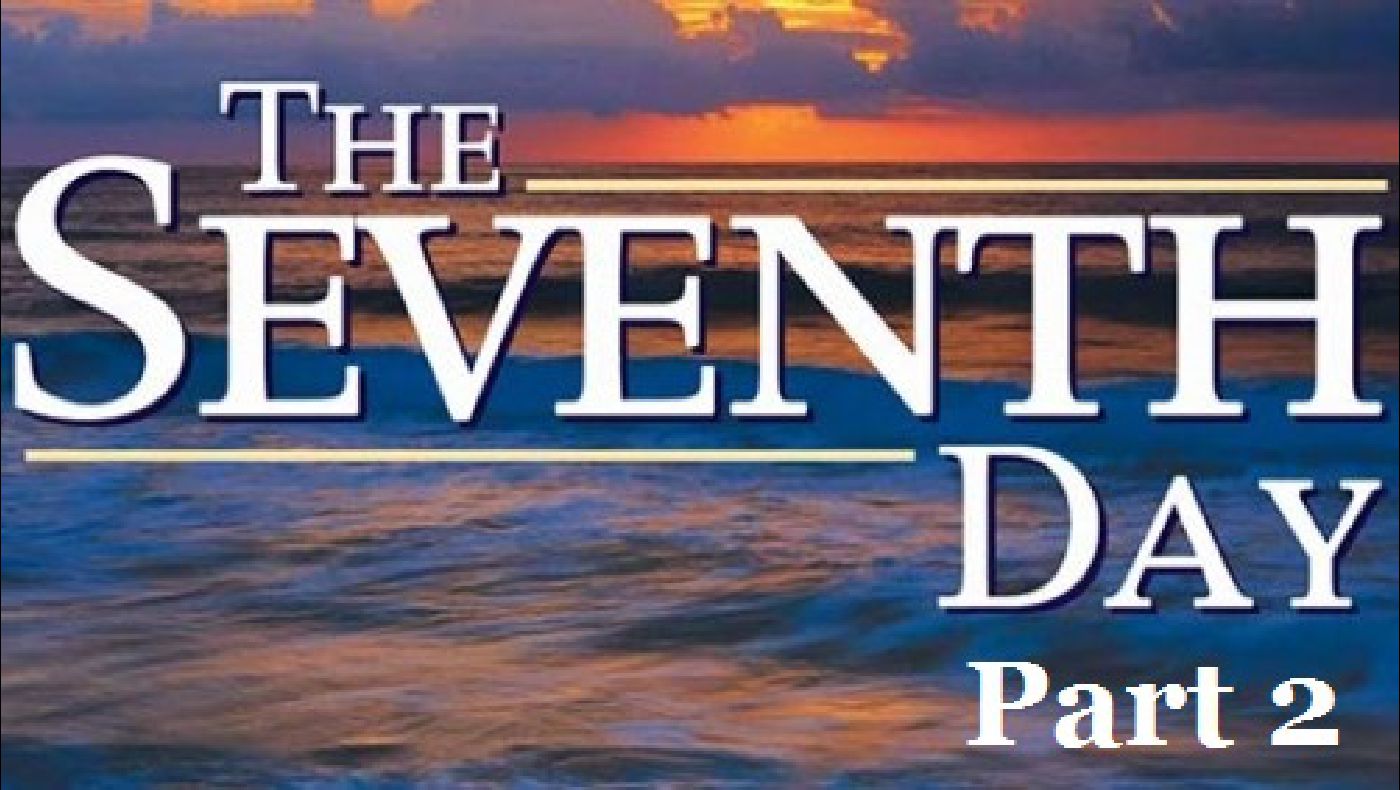 Part two is broken into 10 areas of focus:

1) Religion in Rome - A summary view of Roman religions during the time of Jesus.
2) The Jewish Sabbath - Strict Sabbathkeeping marked the Jews as unique.
3) The Sabbath Reformer - The Bible protrays Jesus as a revolutionary Sabbathkeeper.
4) Prophecy - Jesus predicted that His followers would be still be keeping the Sabbath at the time of the destruction of Jerusalem in 70 AD.
5) Christians and Jews - The two groups shared a view of a personal God and of the weekly Sabbath, but Christians found new meaning in the holy day.
6) The Christian Sabbath - Clear evidence for Christian observance of the seventh-day Sabbath in the first century AD.
7) Sundaykeepers - Second-century Christians in Alexandria and Rome begin observing the first day of the week instead of the Sabbath.
8) The Day of the Sun - Roman sun worship and its link to Christian Sunday observance.
9) Sunday Law - Emperor Constantine legalizes Sunday as the weekly day of rest in the Roman Empire.
10) The Sabbath Survives - Proof of seventh-day (Saturday) Sabbath observance into the middle of the fourth century. 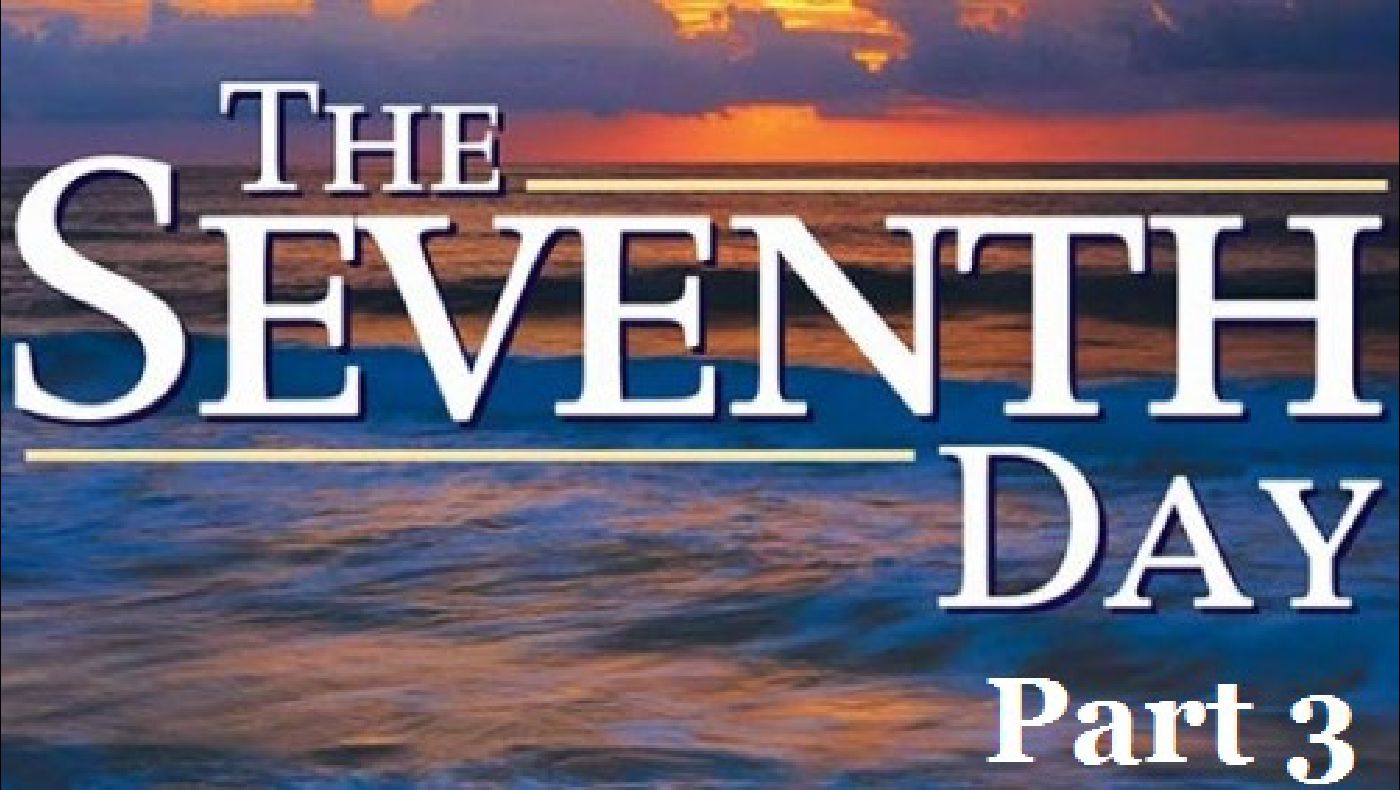 Part three is broken into 11 areas of focus:

1) Celtic Christianity - The religious background to the story of St. Patrick.
2) The Real Patrick - Once a slave in Ireland, Patrick responds to a divine call and returns to the Emerald Isle as a missionary.
3) Celtic Sabbath - Saturday observed as the Sabbath by Celtic Christians.
4) Margaret of Scotland - Margaret comes from England, marries King Malcolm, and attempts to reform Sunday observance in Scotland.
5) Assault on the Sabbath - The Church of Rome promotes the Sabbath (Saturday) fast as an expression of anti-Jewish sentiments.
6) Power Struggle - The "Sabbath fast" becomes a key issue in the rivalry between church leaders in Rome and Constantinople.
7) Deceptions - The "letter from heaven" threatens Sunday-breakers.
8) Fight for Truth - Resistance to church/state authority brings tragedy.
9) John Wycliffe: Champion of Conscience - An Oxford professor focuses new attention on the Bible as the supreme authority for Christian faith and practice.
10) The Lollards - Wycliffe's followers take his views throughout England and beyond.
11) The Church vs. the Bible - The church-state establishment opposes the spread of the Bible and the ideas of Wycliffe and the Lollards. 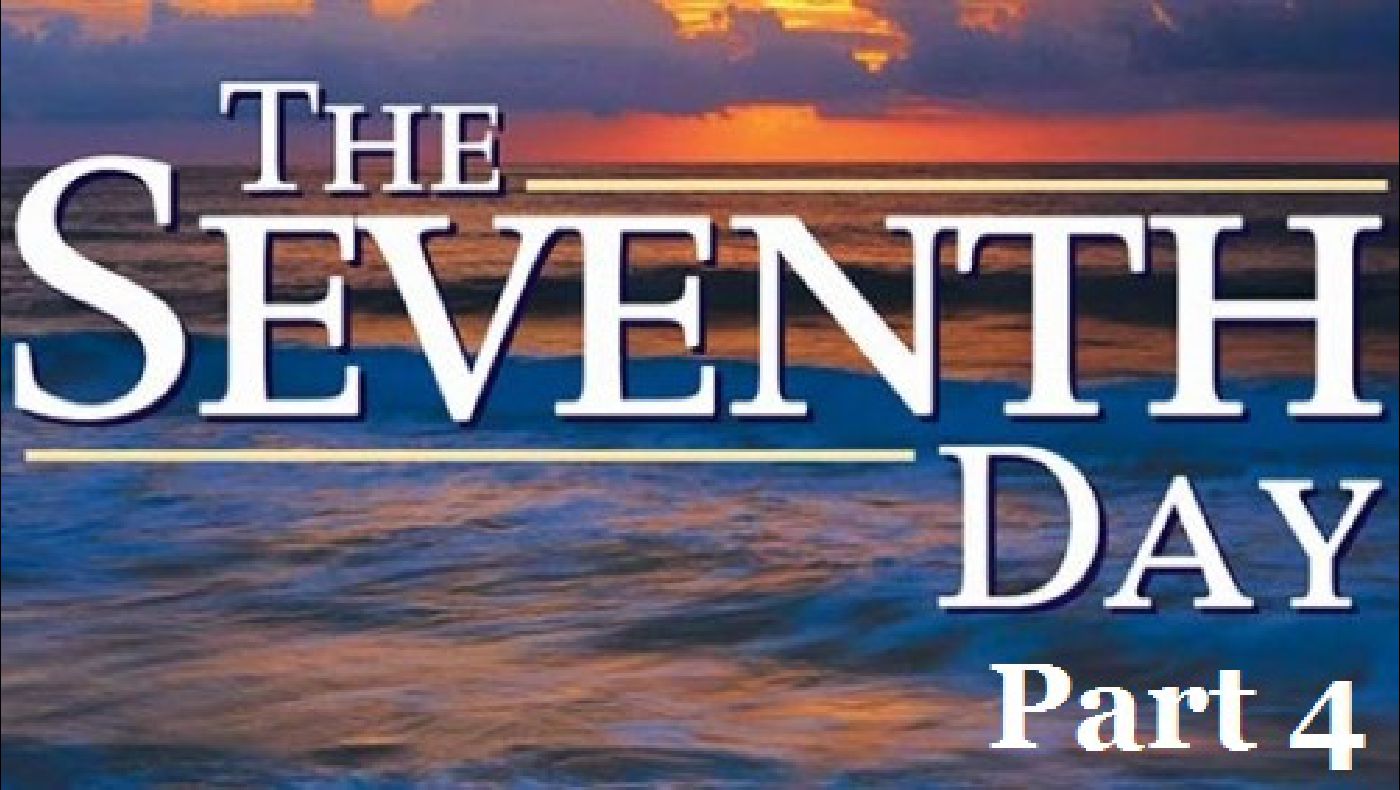 Part four is broken into 8 areas of focus:

1) Russian Reformation - This Sabbathkeeping movement reached the highest levels of Russian society and led to fiery executions in Moscow's Red Square.
2) Sabbath vs. Sunday in Ethiopia - Jesuit missionaries succeeded in converting the Emperor to Roman Catholicism, but attempts to quash Sabbath observance resulted in civil war.
3) Inquisition - Civil and religious authorities united to root out "heresy."
4) Purging the Church in Spain - Ferdinand and Isabella, the "Catholic Monarchs," used the Spanish Inquisition to rid their church of Jewish heresies.
5) Portugal Exports the Inquisition - Inquisitors carried their campaign of religious persecution into the new territories of Portugal's expanding empire.
6) Authority: Sola Scriptura? - Protestant Reformers insisted on the authority of the sacred Scriptures, while Catholic leaders defended their church's stand on Tradition.
7) Anabaptists - Persecuted by Protestants and Catholics alike, these radical reformers stood for strict adherence to biblical teachings. Among them were new champions of the Sabbath.
8) The Seventh-day Men - While many Puritan preachers insisted on strict observance of Sunday, other prominent Englishmen called for a return to the Sabbath of the Ten Commandments. 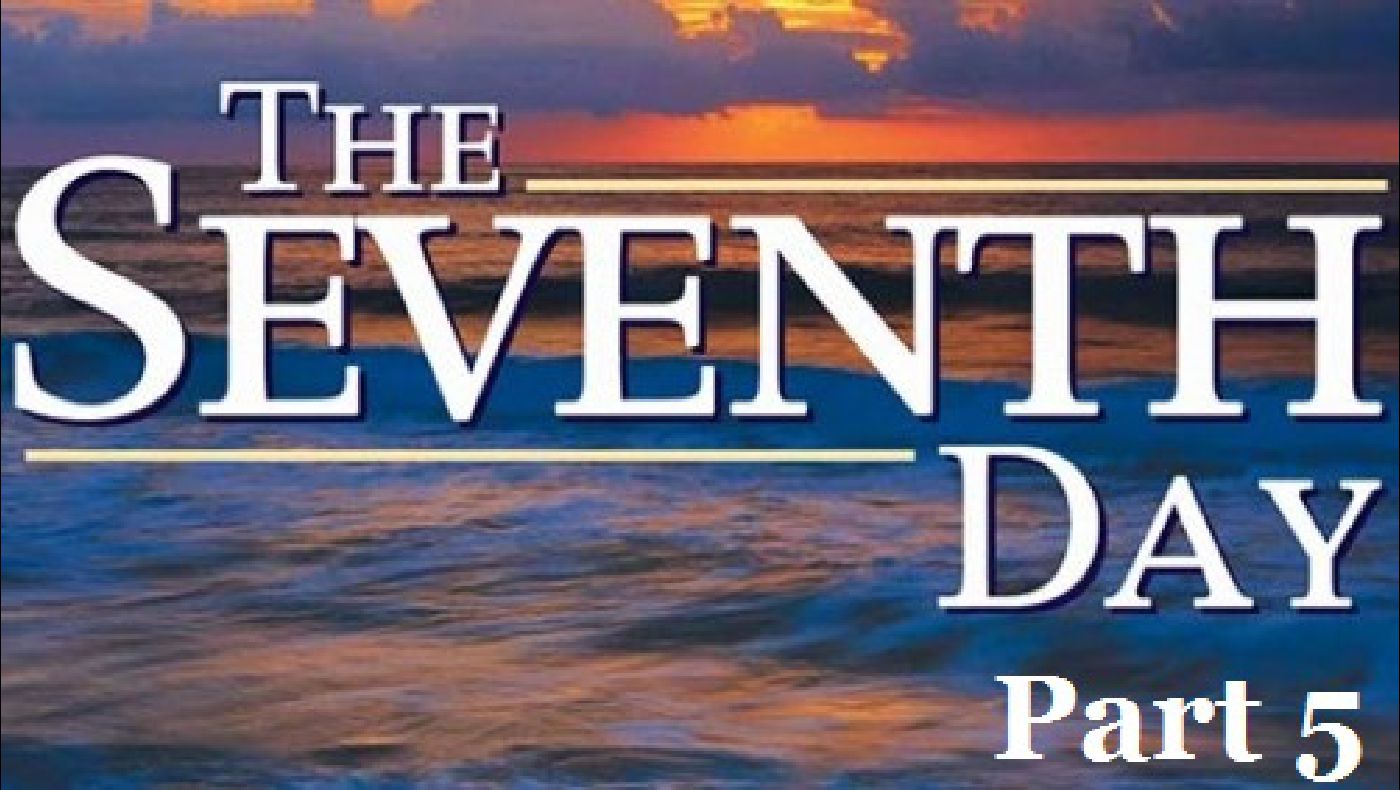 Part five is broken into 14 areas of focus:

1) Roger Williams and Religious Liberty - This nonconformist preacher established the Rhode Island colony on the foundation of freedom of conscience for everybody.
2) To the New World - A Sabbathkeeping Baptist couple emigrate from England to Rhode Island and help establish the first Seventh Day Baptist congregation in America.
3) A Song in the Wilderness - Conrad Beisel and his followers establish a Sabbathkeeping community on Pennsylvania's Cocalico Creek — the Ephrata Coister.
4) A Voice from Germany - Count Ludwig von Zinzendorf directs the Moravian mission to the North American Indians and inspires his community to keep the seventh-day Sabbath.
5) Advent Movement - A Seventh Day Baptist lady shares her Sabbath beliefs with her pastor, and this leads to the establishment of the Seventh-day Adventist church.
6) Kingdom of Heavenly Peace - 19th-century China is shaken by the Taiping Revolution, a huge peasant revolt that is shaped, in part, by bibical principles including observance of the seventh-day Sabbath.
7) Eskimo Prophet - In Alaska's Kobuk River valley a man named Maniilaq learns about "seventh-day resting" from one he calls "the Grandfather."
8) The Shining One - Deep in the South American rain forest Chief Owkwa learns about the Sabbath from a bright celestial visitor.
9) Africa - The Sabbath's deep cultural roots in various parts of this continent.
10) Saving Sunday - The secularization of Sunday in 19th-century America leads some political and religious leaders to promote laws that would protect Sunday as the national day of rest and worship.
11) Sabbath on Trial - People who observe Saturday rather than Sunday as their weekly day of worship sometimes face financial hardship and legal trouble because of their beliefs.
12) People of the Sabbath - Although still a small minority, seventh-day Sabbathkeepers are increasing in number around the world.
13) Challenges - Sabbathkeeping theologians respond to critics who contend that observing the seventh-day Sabbath is legalistic or irrelevant for Christians today.
14) Eternal Sabbath - Bible prophecy points to the Sabbath as part of God's plan for a perfect world in the eternal future.